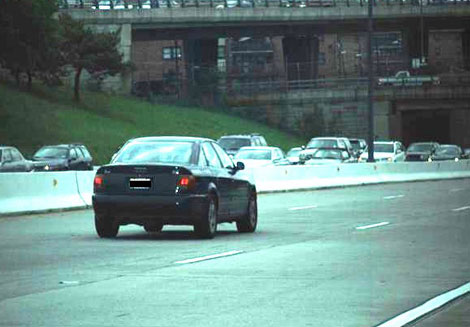 Motorist learns the value of contesting all citations as Washington, DC admitted the accuracy of photo radar ticket was doubtful.

Doubt over the accuracy of the speed camera equipment led to the dismissal of a Washington, DC photo radar ticket last month. On May 7, a 34-year-old engineer from Alexandria, Virginia had been driving on Interstate 295/395 near 9th Street on a sunny morning when a mobile speed camera operated by American Traffic Solutions snapped a photo of the engineer’s car. The camera claimed that the Audi was traveling at 51 MPH, 11 MPH over the District’s 40 MPH interstate speed limit.

The motorist, who requested anonymity, decided to fight the citation out of “spite.” He arrived at the District’s Department of Motor Vehicles on August 17 unprepared with an argument that would beat the ticket. He fully expected to lose, but thought it was right to “cost the city more money” because he saw the photo radar program as little more than an illegitimate money grab. The motorist was surprised, however, when Adjudicator Stephen Reichert took one look at the ticket photo and noted that a second vehicle had been within the radar’s field of view. Radar guidelines suggest this situation could cause a spurious radar reading, especially since the District’s contractor provided no video or other secondary verification of speed.

“In as much as the government-submitted photograph shows multiple vehicles traveling through the radar zone in a receding direction, the government has failed to prove by clear and convincing evidence that respondent’s vehicle was identified as the vehicle speeding,” Reichert wrote. “Thus the ticket is dismissed.”

The motorist was glad he did not need to give the speech against the system that he had planned to give.

“I said ‘no’ when asked if I had anything else to add, and out I went with my cash remaining in my pocket,” the motorist told TheNewspaper. “Cost to me: $3.30 in Metro fares. Win.”

As of last month, the District’s private photo enforcement contractors had mailed a total of 4,019,023 tickets worth a total of $305 million. That is equivalent to one ticket not just for every resident of Washington, DC, but for every single resident of the District plus surrounding Virginia and Maryland suburbs.

A copy of the adjudicator’s decision is available in a 250k PDF file at the source link below.

Source: Department of Motor Vehicles Hearing Record (Government of the District of Columbia, 8/17/2009).