Protecting over 1 million drivers since 2001

WEST COAST STYLING & AUDIO of Rhyl North Wales are a new outlet who were looking to find new and original products to stock in their car accessory shop when they came upon Photoblocker.

After initial inquiries, the potential this product had to offer in terms of potential sales became readily apparent. With an increase in speed cameras throughout the UK and Ireland and an increase in drivers being issued fixed penalty tickets and points against their license West Coast Styling & Audio decided to become dealers.

“We ordered 100 cans initially but sold these within 2 weeks. Once word spread, sales increased to 300 cans by the end of the first month generating £6000 in income. We expect this to continue simply because it’s a cost-effective product that really works. Drivers all over the country are resentful of speed cameras but what’s interesting is that our shop is aimed at the young driver, yet because of Photoblockers appeal we are getting more mature drivers coming into the shop, which really surprised us”.

“Another spin-off of selling Photoblocker is that it has brought in additional customers beyond our normal line of business selling high-quality auto accessories”.

Thanks to Photoblocker our business has increased its customer base and generated a much welcomed extra turnover; it’s amazing”.

ONE OF OUR UK DEALERS

Soon after placing our first order we ordered 150 additional cans. By the time September arrived we had purchased over 4000 units. We identified the huge potential Photoblocker had in the UK so we negotiated exclusive UK and Ireland distribution rights with Phantomplate Inc., on 22nd September 2004. This deal authorized us to distribute and appoint new dealers throughout the UK and Ireland.

To succeed we needed to successfully market Photoblocker. Our first campaign started with a roadside ad that gained national media exposure. It wasn’t long before we started to appear on BBC television, Sky television and Irish television RTE1.

Photoblocker soon became a household name and we have now sold over 20,000 units. Our current marketing continues with appearances at the UK’s largest indoor trade show the Ideal Home Show (www.idealhomeshow.co.uk). We have also struck a deal to sponsor a rally across Europe called The Extreme Sun Run (www.extremesunrun.com) and we expect to finalize more sponsorship deals by July 2005. We have also enlisted several of the UK’s leading radar detector distributors who are selling Photoblocker alongside such names as Snooper and Road Angel. Our predicted sales over the next 12 months are expected to reach over 50,000 units.

Photoblocker is the fastest selling auto accessory in the UK and we appoint new dealers almost daily to achieve maximum sales potential. In return, we provide our dealers with a unique product at fair prices and the support they need to succeed. If we are successful our dealers will be successful. We don’t just see ourselves as suppliers but as part of a very important team working closely with our authorized dealers.

We would like to take this opportunity to thank the staff at Phantomplate
for all of their support and encouragement.

Protecting over 1 million drivers since 2001

I am so glad that I became a PhotoBlocker dealer for South Africa. I never thought I could turn a $1000.00 investment into $45,000.00. It all happened rather quickly and it was very exciting. I was interviewed on our national radio stations last night - Cape Talk Radio and Radio 702 - and was meant to be on for only 15 minutes. After 2 hours they had to eventually shut us down as it was midnight and the next show needed to start - but people just wouldn't stop phoning in. You would have loved to hear the callers - they just didn't stop. And we even had someone phoning in all the way from Brazil - and he says they desperately need it there. The DJ was fantastic as he kept pumping my website (phantomplate.co.za) and has overloaded me with deliveries today. It was an overwhelming response from motorists. This whole talk show came from an article that appeared in the Weekend Argus and from several TV shows featuring PhotoBlocker. Your suggestion to send press releases to the media was ingenious. I took and modified the press release you sent me and emailed it to all the media contacts in South Africa. Within days, I was contacted by reporters who wanted to do a story on PhotoBlocker. From print, to radio, to TV they all were very supportive. I could tell that the reporters were having fun with it. Every time PhotoBlocker was mentioned on TV, sales would explode for weeks. It’s been 3 months and demand is still strong. I just want to say thank you for a great product and excellent support. All the DVDs, the posters, the display boxes and the flyers you have supplied were very helpful. Thanks again and let’s sell some more PhotoBlocker. Can you send me an invoice for 5000 cans, please? I will need the invoice before I do the bank transfer. Also, do I get any special discount as this would take my orders into the 11,000 level???

I Iove it when people walk up to me at the flea market and ask "Does that stuff really work, and if I buy it will you GUARANTEE I won't get a ticket". I just politely state "I'll GUARANTEE you'll get a ticket if you put NOTHING on your plate to protect it". They then laugh, and promptly buy a can. This is too easy. $4230.00 in one weekend and I could've sold more if I hadn't run out.

I had a very successful weekend selling PhotoBlocker. I sold over $9630.00 in PhotoBlockers in one day. It was amazing. We had our booth plastered with huge posters and banners. We even had a mock-up red light camera that was flashing visitors as they strolled past our booth. The flash could be seen from anywhere on the floor and it was getting us a lot of attention. We also had one of our salesgirl dressed up as a police officer issuing citations to the passersby. She would pull aside the people walking by and give them a “Speeding ticket” for walking too fast. People were so amused and impressed by our promotional technique they were curious to know what we were selling. They were glued to the TV monitors watching the DVD that had all the police and news test results. Ten or more would watch the videos and then when one guy says I will take one, six or seven would also yell “I will take 2”, “save me one” and they would be lined up with money in their hands. The more people lined up the more people were coming over to see what the commotion was all about. We were constantly busy until we run out. I can’t afford to run out next time.

Everyone including the owners and promoters of the show loved PhotoBlocker. They even have off duty Police Officers that work there and they too have purchased cans of PhotoBlocker. Now what does that say about the product?

Please send me an invoice for 2,500 cans. Will I get a better price at this quantity?

I am writing this email to you to tell you how well PhotoBlockerworks. I drive into Washington DC everyday from up north, and in my travels I had been tagged by the red light cameras on New York Ave several times. The yellow lights on the signals are awfully short. Well, I got really tired of sending the DC government my hard earned money, so when I saw you at the Flea Market selling PhotoBlocker, I figured I give it a try. Since I put PhotoBlocker on my tags, I have not received one ticket, and I know I've been tagged a few times cause I saw the flash go off. I since have purchased 3 more cans and have shared them with my fellow officers at work. We don't advocate running red lights, but DC is ridiculous. Sometimes it just can't be helped. Thanks for such a wonderful product.

On February 14, 2004 my wife accidentally went thru the light at Yellow Brick Rd in Baltimore County during the day. About 10 days later we received a ticket in the mail for $75. The ticket had pictures showing my wife’s car going thru the intersection. We felt, well, they got us, so we just paid the ticket. But there was this certain anger you feel about receiving one of those tickets. You know it's not right to go thru a red-light, but it isn't like we woke up in the morning and said “Gee, I think I'll just go thru some red lights today". We knew it was wrong, but we also didn't like the fact that these sneaky cameras were out there watching us in the name of public safety. We ourselves felt violated, but what were we gonna do, this was just another way for the Government to reach into your pockets and take your hard earned cash. Then one day while getting a Pizza in the local parlor, I opened a newspaper (CityPaper) and saw an ad for PhotoBlocker. I took the paper home with me, went on the internet and bought a can. I did have some reservations about the product and its effectiveness, but I figured what the heck. So I decided to spray it on my cars tag and test it out myself. I then waited till 12 O'clock midnight and drove up to the intersection where my wife had got her ticket. I waited for the light to change red, waited till it was safe, and proceeded thru the light. The camera flashed behind me and took my photo. I had seen it clear as day in my rearview mirror. I waited, and waited and waited, and never got the ticket. At that point, I knew I had a winner. I then became a dealer, and believe so much in this product. Being a former police officer, I know how important traffic safety is, but believe me, these cameras have NOTHING to do with safety. It's all about the mighty dollar. Good law abiding citizens obey the law for the most part while driving. All these cameras do are take pictures of the average Joe making a mistake, and once the Govt. knows they can fine people for making a mistake, they will capitalize on it, and they are. Thank God for photoblocker to protect us from the bureaucrats. Thanks PhotoBlocker. 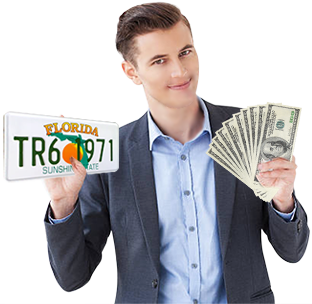 “Drivers are Buying it” ABC7

Five reasons why you should Join us

Drivers are buying it

Got a ticket ? Get help!

Help Pay or Fight Back & Win in Court! 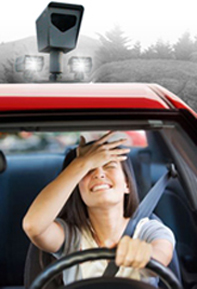 Get Help Paying for Your Ticket! 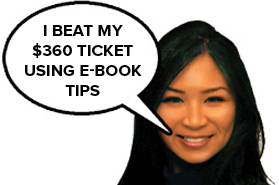 "This e-book is very simple to use and extremely effective and helpful. Got my ticket dismissed without even going to court "