Why Use PhotoBlocker Spray?

Loot and the law. You’d think governing officials could tell them apart. But when the 37 red-light cameras in Washington, D.C., are budgeted to collect $16 million in fines this year, and a single red-light camera in San Diego harvested $6.8 million over an 18-month period, I can understand how some confusion might occur. 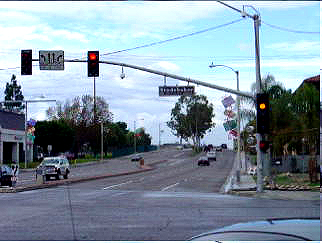 With red-light cameras raking in loot in at least 50 cities in 10 states and their numbers growing every day, a question arises: Are their installations motivated by considerations of traffic safety or by the potential revenue they can generate?

The concept of red-light cameras is simple. Through the miracle of modern electronics, a few companies have developed camera devices that monitor intersections, automatically identify cars that run red lights, and take their pictures. Traffic citations follow quickly in the mail.

Proponents claim red-light cameras discourage law breaking and reduce the number of accidents caused by red-light runners. According to a study sponsored by the Insurance Institute for Highway Safety, “Red-light camera enforcement in conjunction with public awareness can modify driving behavior and has been shown to reduce red-light violations and intersection crashes.” Who would argue with that?

Oddly enough, however, red-light running doesn’t appear to be a major issue except in places where these cameras are already in operation and where jurisdictions are cashing in on the resulting revenue. When I last wrote about these traffic cameras (May 1999), the National Highway Traffic Safety Administration didn’t even bother to track the number of fatalities caused by red-light accidents. And I’ve never seen a public campaign against running red lights similar to those demonizing speeding, drunk driving, and road rage. Communities genuinely concerned with enforcing compliance at traffic lights could easily assign police to problem intersections, just as they periodically launch speeding crackdowns and drunk-driving checkpoints.

One reason for the lack of red-light jihads is that there’s an easier way to reduce red-light running. Turns out that the duration of the yellow light has a huge effect on the number of red-light infractions.

The mechanics are simple. When a driver sees a yellow light, there are three options:

A traffic engineer can eliminate this “zone of the dilemma” by setting an adequate amount of time for the yellow light. This interval can be calculated using an equation that incorporates vehicle speed (based on traffic surveys), stopping ability, reaction time, vehicle length, and intersection width. In most cases, the yellow-light time ranges from four to five seconds.

Traffic engineers can also simply increase the yellow-light time at problem intersections until red-light running is reduced. “An increase of 1.4 seconds or about 30 percent in yellow duration virtually eliminated all potential conflicts at the Maryland site,” according to a 1980 study by the Institute of Transportation Engineers Journal.

Wouldn’t extend the yellow by a second be simpler than installing expensive camera devices? Perhaps, but there’s no money in adjusting the duration of a yellow light.

In fact, not only can the authorities collect revenue by installing red-light cameras, but they can really get the cash register ringing if they reduce the yellow-light duration at intersections fitted with the ticket-dispensing cameras.

In Mesa, Arizona, a story in the Arizona Tribune reported that after motorists complained yellow lights were too short at double left-turn lanes, the city increased their duration. Some of these intersections were fitted with red-light cameras, and camera citations dropped from 1640 in November, when the yellow light was three seconds in duration, to 716 in December, when it was lengthened to four seconds. Citations then remained at lower levels, numbering 734 in March.

With the Arizona Tribune shining the spotlight on Lockheed Martin, the company chose not to enforce this clause. But the company did negotiate a new contract increasing Lockheed Martin’s cut from the camera citations from $48 to $75 if a certain quota of tickets was not reached.

Much of this information about red-light cameras and more can be found at www.freedom.gov, the Web site of Congressman Dick Armey of Texas, the Republican House Majority leader. Armey is keen on this issue because the federal Department of Transportation is promoting red-light cameras and, in some cases, offering funding to local jurisdictions to install them. The National Motorists Association, particularly researcher Greg Mauz, has also been actively scrutinizing these devices.

Not only are these cameras a solution to a problem that should first be addressed by retiming yellow lights where necessary, but they also raise privacy and safety concerns. An exhaustive Australian study of red-light cameras, published in 1995 after 10 years of examining accident data, suggests that rear-end collisions increase at camera locations when drivers, hoping to avoid tickets, slam on the brakes in an erratic manner. But who cares about privacy and rear-end collisions when there is money to be made?

Thunderstorm causes red light camera to flash everyone driving past.

The accuracy of Bakersfield, California’s red light camera system is in question after an overnight thunderstorm Monday. The storm apparently caused a camera located at White Lane and Wible Road to wildly flash every passing motorist and “probably startled a lot of people,” Bakersfield Police Detective Mary DeGeare told the Bakersfield Californian. Because they are acknowledging this malfunction, police claim that nobody will be emailed the pricey citations which range from $381 to $906 per ticket.

Last year the city was caught trying to collect over $500,000 from motorists who were ticketed by a camera at Ming Avenue and South Real Road which had a yellow signal time that was so short it violated California law.

In fact, the new red-light camera system at White Lane and Wible Road was reportedly popping off like a strobe light gone mad.

Source: Thunderstorms may not be done with Kern yet
(Bakersfield Californian, 8/16/2005)